This Pet has already been adopted, However we can help you get furry friend home.

Leon,a German Shepherd Dog, that was abandoned at the Friendicoes shelter in Jungpura, has been under the care of the NGO since the past 6+ months. Their claim was that he gets seizures and they are not willing to manage and cope with this issue. Although, it seems as if they may have overly glamourised this issue as Leon has barely gotten 2 seizures in his entire time in refuge.

German Shepherds are extremely loyal, energetic, attentive and highly trainable dogs who are very compliant if the humans spend enough time to condition them properly.The previous owners assumed that seizures are something that cannot be treated and heartlessly abandoned the poor soul. Please give the poor fellow a chance by adopting or helping a friend adopt this dog.

Most loving families would go beyond measure to ensure their dogs’ well-being and that is what we expect to get when we find a home for Leon.Once there is a compassionate parent willing to spend some time in learning and managing the issue of seizures, Leon is bound to live a happy life ahead. It is not difficult to find the triggers that can give a dog 'fits'. Lately, this has become quite a common issue due to malpractices by puppy mills and profit-breeders. In-breeding and line-breeding also make dogs more prone to convulsing and similar symptoms.

UPDATE: Leon still gets seizures every once in a while although the triggers for the same are unknown. 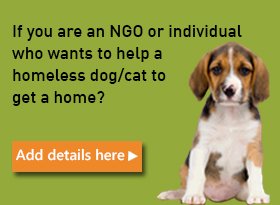 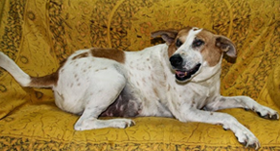 Many animals require urgent medical care or immediate attention in different ways. ‘Foster’ parents exist for those users who are willing to give temporary homes and care to the animal in need till a forever home is found. Time in this case cannot be specified.
Have any questions regarding Adoption/Foster?
Write to us at adoption@dogspot.in